I spent lots of Sunday on Zoom/Skype calls and texting people, so it feels like I had a very social day even though I only spoke to my spouse in person. The weather was lovely -- well, around freezing but no atrocious wind chill, so the snow was melting enough to go walking at Great Falls -- a little slippery on the wooden walkways but the geese, cardinals, ducks, and vultures did not seem to mind and the ice in the river looked spectacular.

After Zooming with my fan friends, having dinner, and Skyping with my kids, parents, and in-laws for Paul's father's birthday, we watched the beginning of the second season of Dickinson, which has Frederick Law Olmsted as a character, whom I know a lot about from living in Chicago, though I don't like how poor Sue is being written and I really wish there was more poetry being read instead of just a lot of talk about thinking about it. 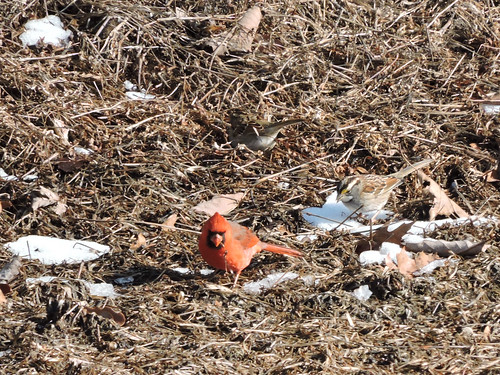