We originally had rain forecast for most of the weekend, but Saturday was actually a really nice day, mid-50s and overcast. We did chores in the morning, had lunch, then went to Green Spring Gardens, which we knew had snowdrops and witch hazel and we were guessing from the single bloom in our neighborhood might have daffodils. They only had a few, but they had lots of Lenten roses and winter aconite, plus a whole field of crocuses. A wedding was taking place at the gazebo in one of the duck ponds. 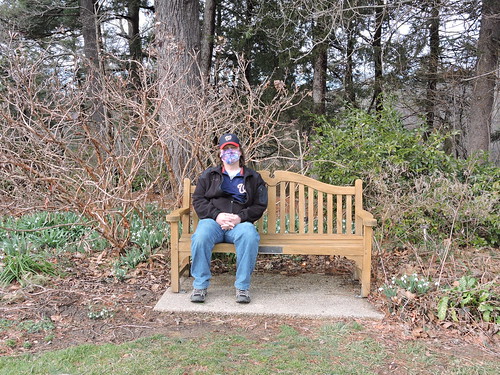 We stopped on the way home at Locust Grove to see if they had crocuses as well; they did not, but there were many birds at the feeders including a beautiful red-headed woodpecker. After dinner, we Skyped the kids, I did a Zoom birthday call with a high school friend, and we watched Tom & Jerry, mostly because it was free on HBOMax. It's cute at times, with animated animals and live actors, and Pena and Moretz seem to be having fun, but the comedy is predictable and there's really not a lot of Tom and Jerry!
Collapse