Sunday was another gorgeous day here. I was in a bad mood a lot of the day (still very upset for my friend who lost her father, and fed up with certain people who should know better about certain things). I had half a bagel and skyr for lunch, then we went over to McCrillis Garden to see whether any of the daffodils or azaleas were budding yet. They were still tightly closed, but there were snowdrops, witch hazel, purple and yellow crocuses, white and red Lenten roses, and trees starting to show spring growth: 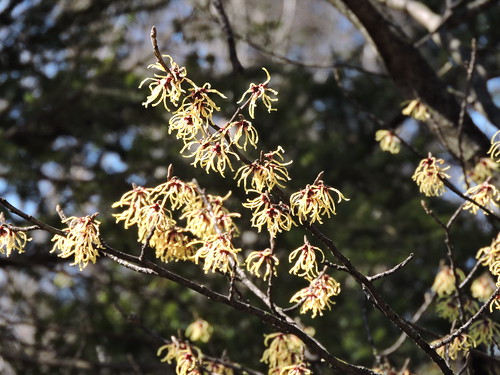 From the garden, we went to Roots Market because we were almost out of vegan smoked salmon and various Beyond meats. Then I had a couple of Zoom calls, including my usual Sunday chat with fan friends and a conversation with Daniel about which car he's about to buy. After dinner (vegan fish sticks) we watched Oprah interview Meghan and Harry, which I didn't think I was invested in since I don't follow the younger royals, but I wound up furious at Charles and weirdly glad that Meghan really seems to like the Queen.
Collapse