Saturday was a bit cooler than the previous two days, but we went to Brookside Gardens after lunch and it looked like full spring. The crocuses and snowdrops are still blooming, and there are also many daffodils and apricot blossoms. There were dozens of turtles sunning themselves in the ponds, a few frogs looking for frog romance, many geese pairing off, lots of songbirds singing, and fish swimming in the ponds. 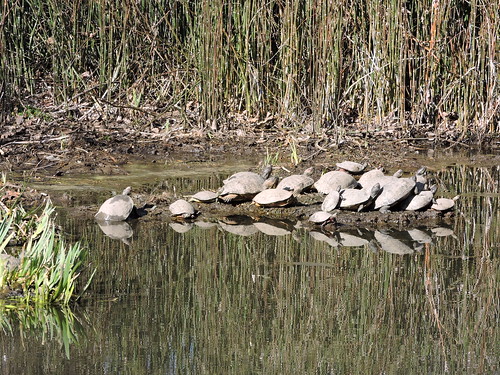 When we got back from Wheaton, we went to my parents' for dinner from Clyde's. We were talking about J&J vaccine skepticism brought on by people who misread Dan Brown and believe it will make them infertile because it's a vector virus, though they don't believe Ewan McGregor tried to be Pope, which put us in the mood to watch Angels & Demons. I think we have a better Pope now than Brown's fictional late progressive one.
Collapse