Sunday was as beautiful a day as Saturday, a perfect day to walk in the park and also to walk around the neighborhood to see whose flowers were in bloom. So we did both around trips out to do chores and the NCAA basketball tournament, which is more interesting to me since Maryland upset UConn in the first round! There were a surprising number of people by the nature center at Locust Grove, which was having some kind of event for kids about fire safety, but we had the tadpole nursery to ourselves and the trails didn't have many people, just lots of songbirds. 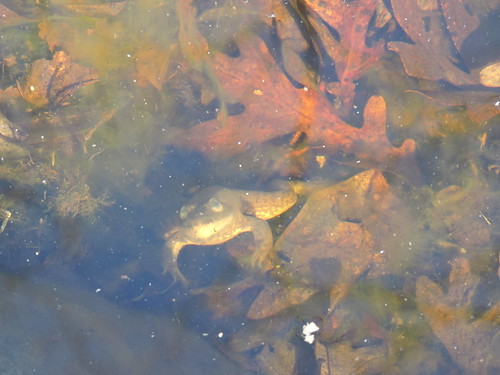 We talked briefly to our kids, mostly to set up another call with them on Wednesday for Paul's birthday, though we did discuss Zack Snyder's Justice League a bit. Then we ate veggie chicken and noodles and watched some Whedon Justice League for comparison before more NCAA basketball, which has been exciting because of the close games; I also had a couple of long phone conversations with friends, caught up with the anti-Asian racism marches of the weekend, and watched video of the Iceland volcano erupting, which is exciting!
Collapse