Tuesday was just as gorgeous a day as Monday, a bit warmer, and since Paul had no afternoon Zoom conferences, we planned at lunchtime to go to Kenwood, the Bethesda neighborhood with over a thousand Yoshino cherry trees. Parking isn't allowed in the neighborhood, so we left the car up a side street and walked to the central area, which in addition to the cherry blossoms has lots of forsythia, magnolia, flowering ground cover, daffodils, and the earliest tulips. There were a number of other people walking around but almost everyone was masked, including the children, and people were respectful of other people's personal space. 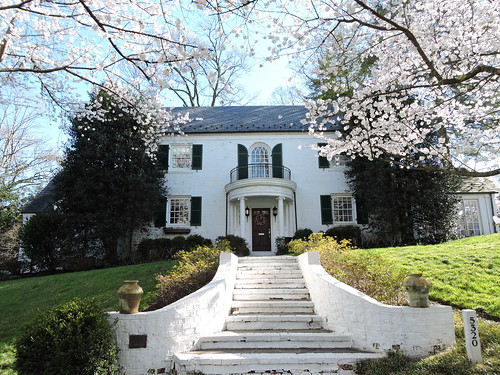 We ate leftovers for dinner because we were running tight on time (for one thing, my little laptop was refusing to acknowledge that it has a camera and I still don't know what's wrong). My Voyager group watched "Maneuvers" -- the one where Chakotay goes off after Seska and she steals his DNA -- and while it's more interesting than some of the surrounding episodes, I don't like how many characters are written, especially how Seska turns from a woman I love to hate into a woman who's simply despicable. Afterward I watched Supergirl purely for the SuperCorp (which did not disappoint), then Michigan vs UCLA (in which the Wolverines did).
Collapse