Tuesday felt like summer -- temperature over 75 in the afternoon, kids running around yelling on the play equipment, daffodils fading as bleeding hearts emerge, wrens singing everywhere. It was also belatedly opening day for the Nationals, who have finally gotten team coronavirus tests under control, and though it started badly, with Atlanta hitting home runs in the first, but it ended with the Nationals winning, so that was lovely to see. Of course we also took a walk to enjoy the weather.

Dinner was leftover "ham" and cheese pie, then my Voyager group watched "Resistance" -- the episode with Joel Grey -- which still holds up very well, particularly his performance and Kate Mulgrew's. Afterward we watched this week's Supergirl, with an unbearably stupid trial of Lex Luthor and not enough Kara or Lena, followed by this week's Last Week Tonight, on which John Oliver pointed out that Jeff Bezos is a better Lex Luthor than Lex Luthor anyway. Mount Vernon spring lambs: 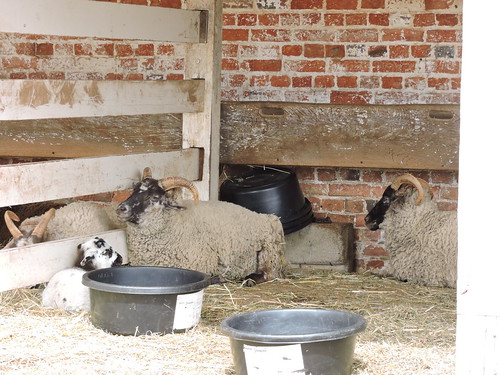