It rained early in the morning on Friday and again in the afternoon -- the first thunderstorm of the season, which displeased the kittens so much they went to hide in the basement -- so things were fairly uneventful around here until the rain stopped in the late afternoon and we went for a walk during a break in the Nationals game. There were lots of lovely wet flowers including the first red tulips in the neighborhood.

After dinner, we watched this week's intense The Falcon and the Winter Soldier in which Sebastian Stan and Anthony Mackie are both wonderful and That Bad Thing That Happens is so upsetting, as is the moment when suddenly I feel like we're watching The Boys. Then we watched Kong: Skull Island, which I enjoyed pretending was an AU with crazy Nick Fury and Loki having a crush on Carol Danvers. The muskrat in the canal: 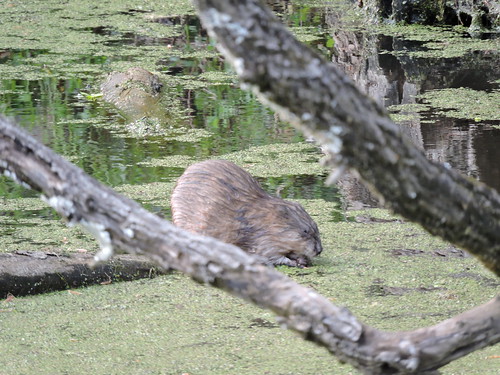