Saturday was in a gorgeous day in between the rain we got on Friday and the rain expected on Sunday, so after lunch we went to Brookside Gardens to enjoy it. The conservatory and visitor center are still closed, and there were quite a few people among the tulip beds and in the teahouse, but it's pretty easy to socially distance around the ponds and on the grass beside the paths, and we saw many swimming turtles, singing frogs and toads, nesting geese, and various other animals (warning: snake photo)! 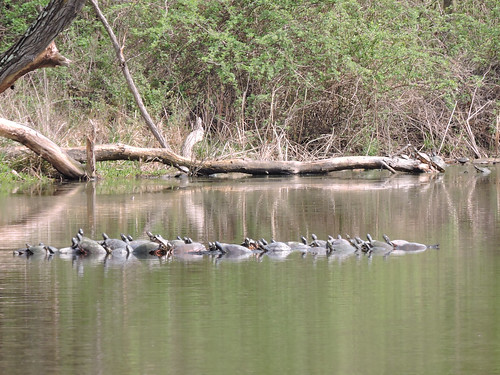 We stopped at Roots Market on the way home for various veggie items and ate veggie stroganoff for dinner. Then we watched Godzilla -- the 2014 prequel to the rest of the monsterverse -- which was fine, I suppose, had a cast that deserved better from the script which gave me the same complaint as Kong: Skull Island which is that there wasn't enough of the central monster. And I kept waiting for this movie's MCU actress to use powers that she doesn't have in this franchise, which is kind of a shame. Now: SNL!
Collapse