I had a pretty quiet Monday trying to catch up after a busy weekend. Now that all adults in the U.S. are eligible to receive the vaccine, I feel less uncomfortable about saying that I got my second one on Sunday (in Baltimore, which is why we were there and went to the zoo afterward) and while I had an achier arm after the first one, this one made me very sleepy so I had trouble focusing on anything. I am extremely glad to have had the vaccine and to have only small side effects. I got most of the laundry done, at least!

We caught up on Zoey's Extraordinary Playlist, which is less infuriating this season than last season in that women talk to each other about something other than boys, but I still wish we saw more of Zoey the genius and not always Zoey the daughter/girlfriend/best friend. Then we watched Debris, which is really excellent but I'm also getting stressed about Finola's father and where that is going. Here are some of the birds in the African Journey section of the zoo, some in the aviary and some in the grasslands: 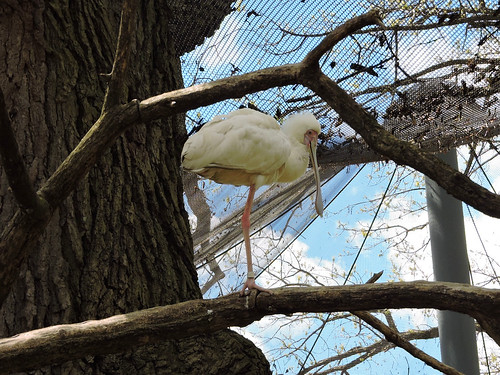