Apart from a couple of calls and a brief visit with an ailing neighbor, I had a pretty quiet Friday doing chores and a bunch of work in the basement. Paul's parents wanted to Skype in the early afternoon, so we did, then we took a shorter walk than originally intended because of a storm warning that never quite materialized in our part of the county, though the wind was fierce and branches were blowing down all around us. Daniel got his second vaccine dose -- Adam and Katherine are getting their first doses this weekend -- so that was excellent news.

Between NFL draft rounds, we watched Without Remorse -- or Tom Clancy's Without Remorse, as IMDb insists it is called, though it was so predictable that I'm not sure why Clancy would want so much writing credit. Michael B. Jordan and Jodie Turner-Smith are great in it and Guy Pearce is always enjoyable, but if you've ever read or seen anything else by Clancy, you'll be able to guess where nearly every scene is going, not to mention the overall plot, plus it's quite violent though well filmed. Here are some more photos from Glenstone, which was covered in flowers last weekend: 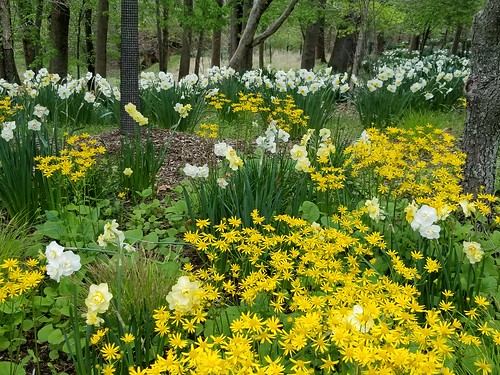