I forgot that it takes ALL DAY to upload, date, tag, and label photos after a trip, even a not-crazy-long trip on which I took not a huge number of photos, so there went most of Friday. We did make a trip to get bagels, make a deposit at the bank, and grab some things at the food store, which may be the most boring typical pre-pandemic-type outing we've managed so far, and we took a walk during the surprisingly lovely not-hot late afternoon full of cicada song and multiple bunnies.

We watched Oslo after dinner, which was better acted than directed; it's obvious that it was a play before it was a movie, and there were scenes that probably should have been reimagined or even rescripted to make them less stage-y, particularly since the scenes are based on real events and the story (Israeli and Palestinian officials trying to hash out peace accords) could not be more relevant at the moment. The Hiram M. Chittenden Locks a.k.a. Ballard Locks on Seattle's ship canal: 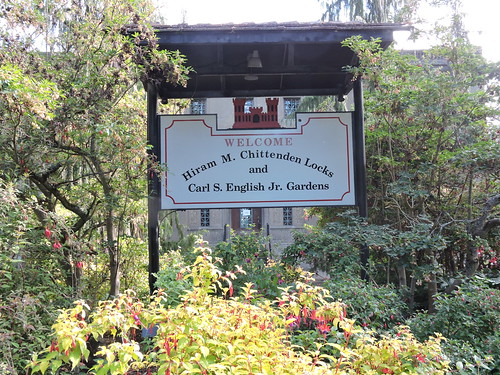