I'm (re)watching the series finale of Dawson's Creek, after rewatching the entire show late nights as a far more relaxing alternative to late night shows (as immensely confirmed for me last night by Jon Stewart on The Late Show), and it is surprisingly engrossing even though I first watched it nearly two decades ago, when I was less susceptible to its nostalgic charms. Even the later seasons suffer from the pull of nostalgia for the earlier seasons.

My Tuesday involved things like some annoying work, a trip out to mail a package and buy bagels, a walk and a spotting of one of the neighborhood baby bunnies, Beyond Burgers for dinner, and watching Voyager's "Investigations" with my Tuesday group (more fun than I remembered), then Superman and Lois (made unintentionally hilarious by DC Entertainment's official declaration this week that their superheroes don't have oral sex). Here are the sea lions at the National Zoo: 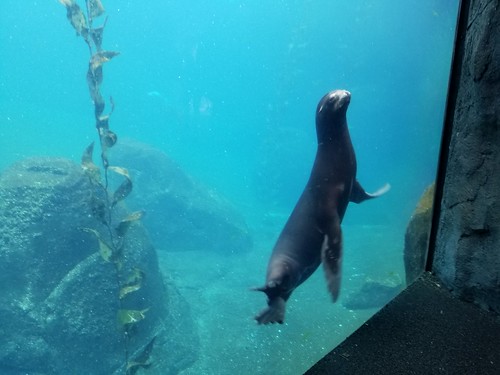