The high point of my Wednesday was talking to my high school friends at lunchtime -- everyone mostly fine, kids in various states of transition, mine thankfully are out of the 105+ temperatures. It was otherwise a pretty quiet day; every six months I try to make sure I'm caught up on all photo and document uploading, and since it was the last day of June, I focused on that. We didn't take a walk until nearly evening, when it was still beastly hot but before the thunderstorm, then we had veggie sausages for dinner.

Then we watched Loki, which had all the awesome spoilers (the Fenris and Valkyrie toys! Loki insulted Sylvie gets more security! The Asgard flashback from myth! Mobius cranky Loki has a demented crush on Sylvie! The post-credits scene -- all the Loki love, and now I am hopeful that rumors of Throg in Love and Thunder might actually be a real thing!). and finished Penguin Town, which remains a mostly happy place despite signs of the pandemic. From Hillwood's Roaring Twenties exhibit: 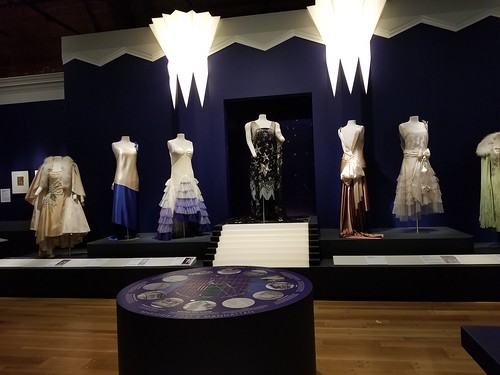