Thursday was Paul's and my 31st wedding anniversary. We spent the 30th at the beach during the pandemic, but we have plans this weekend, so it was a quiet day with a huge afternoon thunderstorm that knocked power out to our local food store though thankfully not to our house. In the late afternoon we went to pick up Rosie's ashes from the animal hospital. We weren't in the mood for a celebratory dinner, so we ate stuff we had in the house.

Then we watched The Tomorrow War, which the reviews said was predictable and derivative and that was just what we were in the mood for: it's like Terminator meets Edge of Tomorrow with a bunch of alien warg battles, and while some things were projected in the first couple of minutes, my big prediction about it turned out to be wrong, so there's that. Here's my day in photos, including my Loki anniversary card and present: 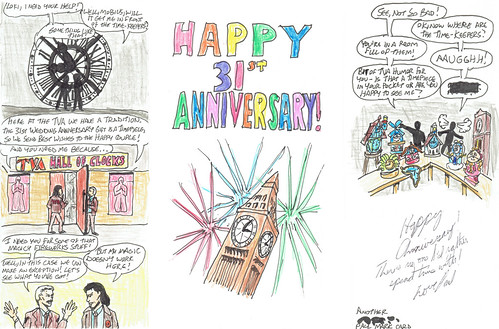