I had a nice Wednesday -- some chores in the morning, then I chatted with my high school friends, for less time than we sometimes do now that Google Meet is now limiting groups to an hour, but it was still lovely to catch up with them. It was very hot in the early afternoon, then looked like we were going to get thunderstorms but we only ever had a bit of rain, and we went for a walk during that so it wasn't too awful out. Paul made boeuf bourguignon for Bastille Day and we caught up on The Flash, though I honestly couldn't pass a quiz on what has happened all this season.

The big TV event of the day of course was Loki, whose season finale I have now watched twice, to much delight though it was not the episode I expected -- after WandaVision and The Falcon and the Winter Soldier, I assumed the TV series would be primarily character-based, so I thought the man behind the curtain would be another Loki. I didn't expect a proper launching of a Phase Four villain! I was pleasantly surprised how talky the episode was and reasonably satisfied -- of course the moral Sylvie would take is that you can't trust your own variants. No Throg, but Brookside Gardens frogs: 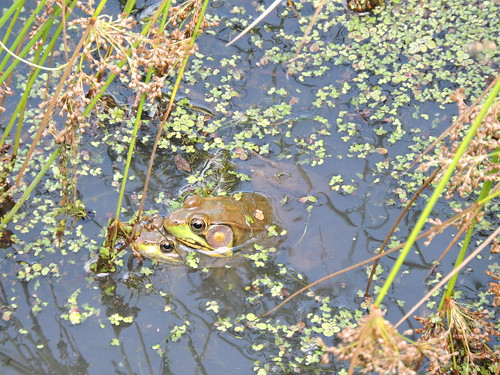