Most of my Friday was quiet -- bunch of work in the house, bunch of chores, a walk in the woods where it was cooler than staying on the sidewalk. After dinner we watched 8 Mile, which we'd managed never to see before (and managed not to know Anthony Mackie was in, heh). It feels quite dated in some ways but it also feels like a lot of filmmakers have swiped both the structure and content of the film (I know people point out that Curtis Hanson swiped some things from Purple Rain but 8 Mile is much more autobiographical).

And I really feel like Eminem, far more than the artists he appropriated, was the musical model in turn for Lin-Manuel Miranda -- a number of songs in Hamilton remind me very specifically of Eminem songs. Anyway, in spite of the parts that are especially hard to watch nowadays, I enjoyed the performances and I've known the music for many years. Plus we had the good sense not to watch either the embarrassing Orioles game (2-9) or the absolutely humiliating Nationals game (8-24). Despite the heat, the bunnies were out: 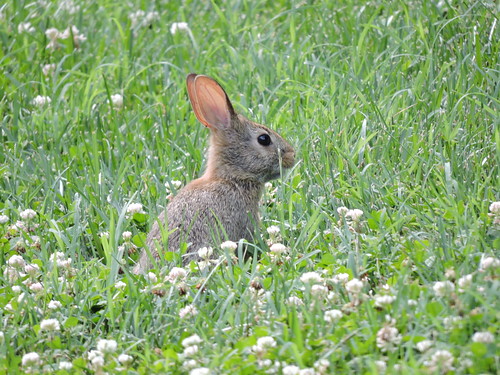