Tuesday was younger son's 25th birthday, although since he had to work, I did not talk to him till nearly 11 p.m. I did get a celebration in the morning, though: our neighbors were having an Eid al-Adha feast and brought us breakfast with mint tea, fried bread, and Moroccan honey, which I now know is the best in the world. Otherwise it was a pretty uneventful day until late afternoon, when we went to the post office to mail some packages (and son's jury duty summons, and my mid-ordered leaf pouch), then took a walk in Cabin John Park.

My Voyager group did not watch an episode this week because one of us is traveling; instead we tested a bunch of different meeting platforms for next week when we watch "Resolutions" and are expecting several visitors, which let us play with goofy backgrounds, too. When eventually we got off chat, I watched this week's Superman and Lois, still uneven, and Miracle Workers, which remains delightful nuttiness, before we got ahold of son, who had just eaten Thai food and had leftover cake from the weekend. A few today pics: 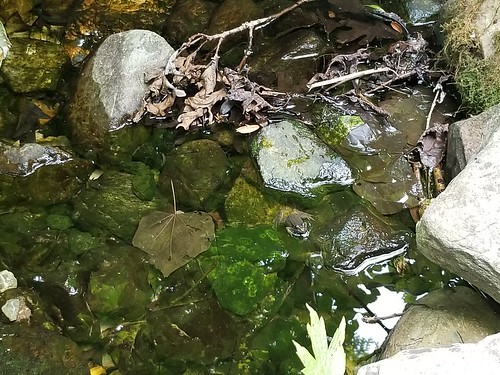