Thursday was cooler and less humid than earlier in the week -- a beautiful day. It was mostly a chore day for me, but we took a walk in the afternoon to enjoy it and several baby bunnies were out! We caught up on LEGO Masters and The Flash -- so glad it's the season finale, I basically lost track of everything that happened after Speed Force Mom stopped being evil -- and had grilled cheese and tomato soup for dinner because we were in the mood.

I chatted with fannish friends in the evening around those TV episodes, after which we watched the end of the Yankees-Red Sox game, which Boston tied in the 9th and won in the 10th so that was pretty enjoyable. Here are some cultural souvenirs from the National Museum of the Marine Corps, including a violin that belonged to John Philip Sousa, Olympic riflery medals won by Marines, an Oscar won by the Marine Corps in 1944 for a gritty documentary, and a model of the USS Constellation: 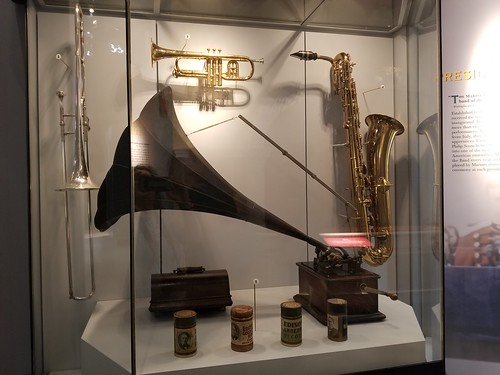