We had brunch on Sunday with my parents and Nicole, who then flew back to New York and her family. We picked up Cava for three of us and Shake Shack for the other two and hung out in the kitchen for a while (without Paul for part of it because Shake Shack left the avocado and bacon off his burger and he went back to get it fixed). After we left, we messaged our kids, who originally had plans to see each other but Adam wound up on call, then we took a walk along the C&O Canal, this time with my camera (as you can see, we saw the muskrat, plus many frogs and turtles, and later a rainbow): 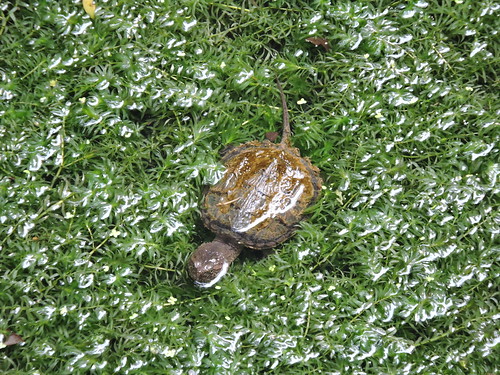 We stopped at Giant and the vegetable stand on the way home, ate a small dinner on the late side since we weren't very hungry after lunch, then watched some Olympic highlights (hoping the gymnastics team pulls it together), Wellington Paranormal (werewolves, hilarious) and Dead Pixels (disgusting bodily functions) before John Oliver gave a brief summary of the history of housing discrimination and racist lending laws. We watched almost none of the games, but I am feeling rather ambivalent about the fact that the Orioles picked this weekend to play decently; they swept the Nationals!
Collapse