Tuesday was pretty quiet around here, in part because of the heat and in part because I got distracted watching Olympics coverage though I should never have gone on Twitter while Simone Biles was trending and every racist on the internet was there. Also, every idiot who can't comprehend a CDC announcement was blathering conspiracy theories, including a lot of people who should know better. We watched some of the gymnastics reruns and some live swimming (Katie Ledecky grew up 10 minutes from me) and took a walk as late as possible to keep cool.

Running late this evening because I watched Voyager's "Resolutions" with several of my friends from when the episode first aired, who joined my usual rewatch group, plus a couple of JetC people I didn't know who are friends of friends. That was awesome -- like a mini-reunion only of people from my own corner of fandom, and while some of the people I was closest with are gone (I keenly felt Becky's absence), it's delightful to share that episode the way we once did. Thanks, Kate Mulgrew, I owe you for that. Here are some baby bunnies from my cul-de-sac: 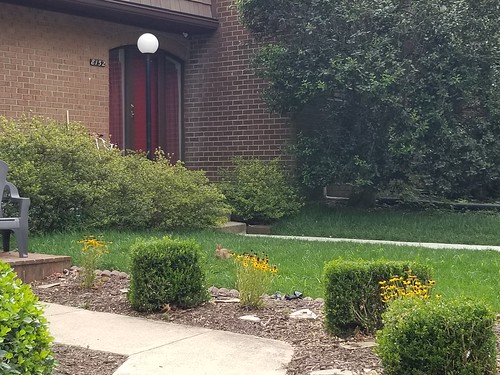