Just watched the excellent end of the gold medal men's basketball game -- always so nice when it's competitive and the US wins by playing well. Before that, we watched Suicide Squad, which had some funny moments and okay female characters but was insanely violent; a bird is killed in the first minute of the movie and that sets the tone for how people (especially women) and animals are treated for the whole thing. I'm glad I have HBO Max because I couldn't have tolerated it in a theater.

Before that, we ate dinner including bread and cheese we bought at the Bethesda Co-op on the way home from the C&O Canal, where we went to walk to see the frogs just before they hid in the evening shade, plus some ducks and lots of dragonflies; the turtles were mostly hiding underwater. That was after an afternoon of doing chores while watching women do rhythmic gymnastics, synchronized swimming, climbing, and the marathon, and a morning of even less exciting computer stuff! 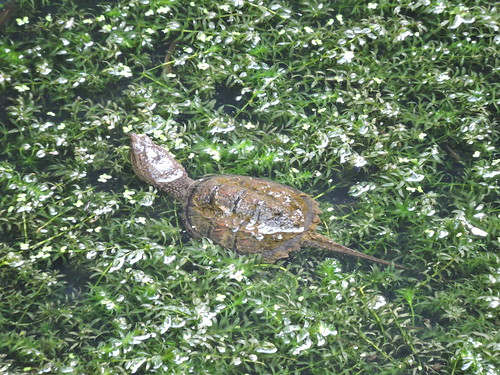