Things I watched today: synchronized swimming, rhythmic gymnastics (huzzah Linoy Ashram), water polo highlights, team equestrian (huzzah Jessica Springsteen), modern pentathlon, women's basketball (huzzah Team USA), and now volleyball which hopefully the US women will win. I intended to do some cleanup down the basement and stuff in the morning, but I was distracted! We also watched the first episode of the last season of Wallander, set in South Africa, more political and less violent.

Around all the Olympics-watching, we had dinner with my parents (Chinese food from Grand Fusion), talked briefly with older son who is still not feeling well -- waiting for strep test results and pondering seeing an ENT -- and went to Carderock to walk along the canal there. It was overcast most of the day and had rained a bit there though we never saw rain at home, so the frogs were mostly hiding and the turtles were mostly in the water, but the deer had fresh food and (warning) we saw a snake! 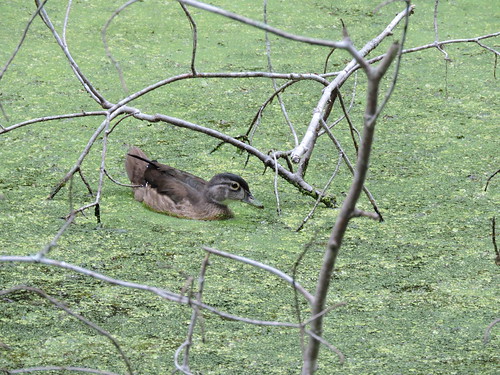