We had tickets to visit the National Museum of Women in the Arts on Sunday before the museum closes for two years for renovations, but it was gorgeous out and we didn't feel like dodging the Delta variant, so instead we went to the Patuxent Wildlife Research Center outside Laurel, which is run by the U.S. Geological Survey and reached by driving through the vast U.S. Department of Agriculture complex in Beltsville which studies everything from soybean genetic safety to parasitic cattle disease to what's wrong with the bees. The wildlife center has lakes with streams and wetlands connecting them, plus a woods trail, so we got to see frogs and toads by the water, herons and egrets in the grass, and beaver lodges, and they had their own mini-Olympics: 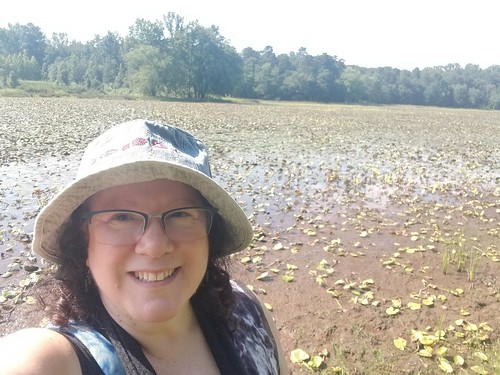 We stopped at Giant on the way home to pick up some things for the week, ate Beyond Burgers for dinner, and watched the Olympics closing ceremony (and if I'm incoherent tonight, it's because I stayed up too late last night watching the US women win the gold medal in volleyball; for all my ambivalence about the games, I enjoyed the sports). The parade and music was nice though Tara and Johnny seemed a bit out of their depth, and we switched to Wellington Paranormal and Dead Pixels for that hour before catching the end of the ceremony. Then we watched Last Week Tonight to see John Oliver eviscerate the Sackler family and their outrageous deal-making and money-hoarding, which very much deserves to be eviscerated.
Collapse