I had a long lovely online lunch on Wednesday with my high school friends during which we caught up on lots of topics since last week! And that was the highlight of my day, apart from another big afternoon thunderstorm, even louder than Tuesday's, that made two of the cats find hiding spots in the basement, though there was also another faint rainbow when it finally ended near dinnertime.

We watched the first episode of What If?, which I loved and Captain Carter is awesome, though I hope we get more of her and she gets a hero story that's all her own, not a parallel to Steve's or the bureaucratic stuff she was stuck doing on Agent Carter. Plus we caught up on the first episode of Stargirl, which is still charming. Neighborhood bunnies who've also been hiding from the rain: 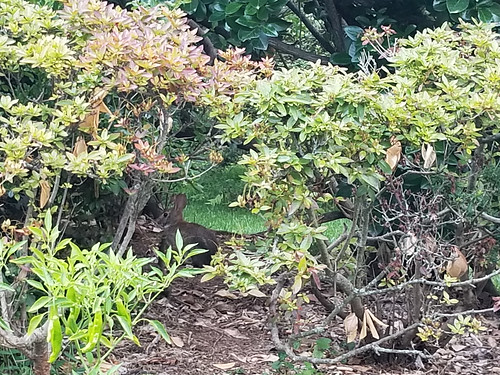