Saturday was nearly as hot as Friday. It was also a Pokemon Go Community Day, so I spent the morning indoors catching Eevees while catching up on email. Then we had lunch and went to Brookside Gardens, which was not very crowded, possibly because of the heat, and saw frogs and turtles wallowing in the ponds, plus geese in the grass and lots of flowers in bloom around the fountains. On our way out, on the sidewalk next to the parking lot, we saw a turtle and were afraid it would walk in front of a car, so I picked it up and carried it down the steps to the pond, where it crawled and then swam away from me as fast as its legs would move! We stopped at Giant on the way home for a few things, plus the vegetable cart for corn on the cob. 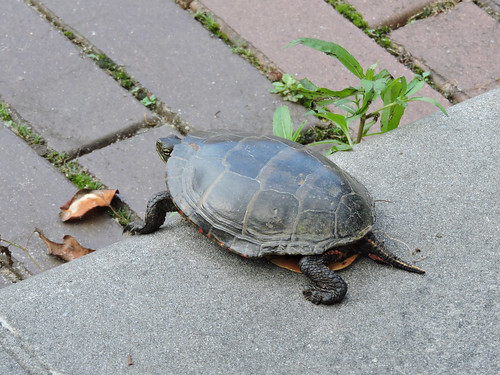 Then we watched some of the Ravens first pre-season game, in which they defeated the Saints (and it's a good thing we didn't watch baseball because both the Orioles and Nationals lost by double digits). When I had had enough of sports, I put on The Last Letter From Your Lover, which Netflix said was like The Notebook but really felt like Possession with the letter-writers living on the French Riviera in the early 1960s -- the scenery often more compelling than the dialogue! We talked briefly late with our kids, one of whom has his girlfriend's sister and her boyfriend visiting, the other of whom had seen his girlfriend whose father was just diagnosed with a breakthrough case of covid so we're really hoping her tests stay negative.
Collapse