The highlights of my Tuesday were two Zoom calls, one with a friend in London who's a big Agent Carter fan so we needed to share the What If...? Captain Carter episode, the other with my usual Voyager-watching group though one person couldn't come tonight so we just talked instead of watching an episode. It was otherwise a not-outrageously-hot but very sticky day with periods of rain, though fortunately not when we wanted to walk in the afternoon.

We had Taco Tuesday for dinner, and after my group chat, we watched the season finale of Superman and Lois, which was fine though I wish the whole show had involved a bit more levity and a bit less constant threat to the family. Then we watched some baseball (good for the Nationals, not so much for the Orioles) around Miracle Workers, the Fourth of July episode, which was fine but not as much fun as "What Happens in Branchwater"! Flowers and butterflies at Glenstone: 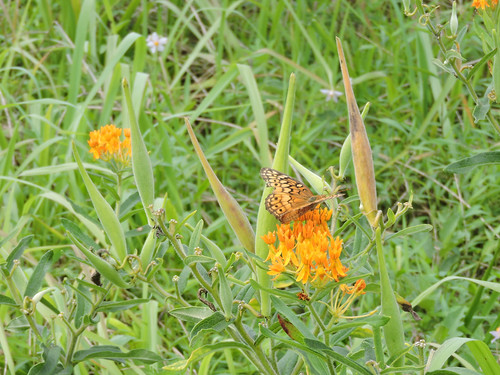