Quickie, ran late watching Mary Chapin Carpenter's One Night Lonely concert on PBS (filmed during the pandemic without an audience at Wolf Trap, where we're seeing Brandi Carlile next weekend) after chatting with my kids and parents on Google Meet. We spent most of the rest of the day at the county fair, which is back after a hiatus last year -- pig races with the most stubborn pigs who ever refused to race, 4H judging, equestrian displays, an illusionist show, calves born at the fair, lots of goats and sheep, and completely unhealthy food (fried Oreos, cheese fries)!

There were fewer people and animals than in previous years, though that might be partly because it was the last day; there weren't eggs hatching in the poultry barn, there were many empty bunny cages, and the produce competition seemed sparse, though since masks were technically required in indoor spaces but not everyone was obeying, the smaller numbers were fine with me. We stopped at the county dump on the way home to drop off batteries, bulbs, old Teflon pans, and other non-recyclables that can't be tossed in the trash. Here are a few photos from the fair, with more to come: 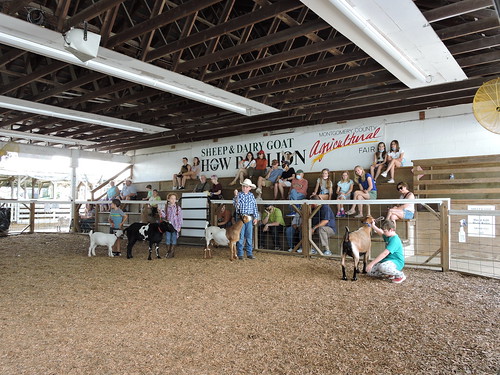