Sunday was not outrageously hot, but it was very humid and sticky, so I was actually warmer standing still thank walking. We took a bunch of books to the donation center for the Montgomery County library system, then we went to Great Falls, where there was a nice breeze coming off the river and not too many people. The Charles F. Mercer was floating in the canal, there were a few turtles and several frogs (we could hear more than we saw), and lots of butterflies flitted in the flowers. 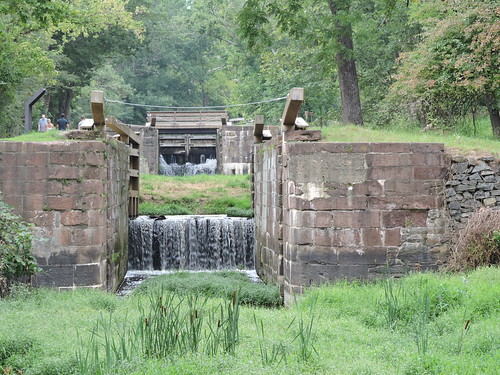 We stopped at Giant on the way home for provisions (human and feline) for the week, plus Roger's produce truck, then had a small dinner because we ate so much crap at the fair Saturday, and watched this week's Legends of Tomorrow (this season isn't my favorite but it was a pretty good episode), Wellington Paranormal (always hilarious), and Dead Pixels (an enjoyable study in dysfunction). Plus I got an invitation to a Voyager Discord server, so I got to have some nostalgic fun there.
Collapse