Paul's aunt and uncle were visiting his parents in Hanover from Boise, Idaho on Tuesday and Wednesday, so after a morning of work and chores, we went to meet them all for lunch in Thurmont. It was the first time we'd been at Simply Asia in two years and were happy it had survived the pandemic, though there were only two other people in the restaurant and our waitress said they were looking for more staff. The food there is always great and it was great to see Jean and Bob. After they headed back to Hanover, we went to nearby Catoctin Mountain Park and walked to the Hog Rock overlook, which goes by boulders, flowers, and lots of trees. We weren't very hungry for dinner after such a big lunch, so we had eggs and muffins. 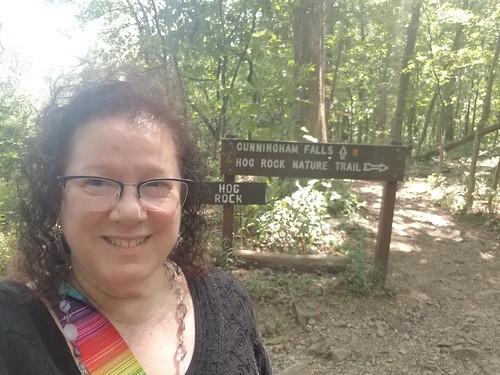 Then we watched What If...? which was darker than the previous two, so I didn't love it as much for that reason, but there were so many MCU easter eggs that made me howl! Spoilers: Natasha in the truck kicking ass like Steve in the elevator, and working with Betty Ross! Coulson's huge crush on Thor, admiring his hair, saying he's gorgeous, calling him Muscle Beach, sniffing him -- between that and Coulson's Steve-love password, is he canonically bisexual? And so much Loki, who does a mean Nick Fury, but will be spread pretty thin as the rightful king of Jotunheim who's also fully accepted as crown prince of Asgard and ruling Earth -- in a universe where Thor is dead and Sif loves him, I wouldn't think he could be bothered with Earth.
Collapse