I have a busy weekend ahead so I had a lot to get done on Friday, most of which I even finished. Friends from New York are going with us to a concert Saturday night and were driving down today, so we messaged and made some plans, and I watched this week's What If...? again with my friend in London, which was awesome (not even the episode as much as getting to watch it with her across five time zones). We had a massive thunderstorm that shut down my computer and some clocks, then we had dinner with my parents.

When we got home, we watched Red Joan, based on a story I thought I knew; the acting was much better than the script, which tried to have it both ways making the main character guilty as hell of treason but, I guess, sympathetic because she was manipulated by others (since you can't trust Jews or Commies) and adultery is okay in a historic context (if it's true love), maybe? Not my favorite. Then we watched the first few episodes of The Chair, about which I'm reserving all opinions till I see how things are resolved! County fair goats: 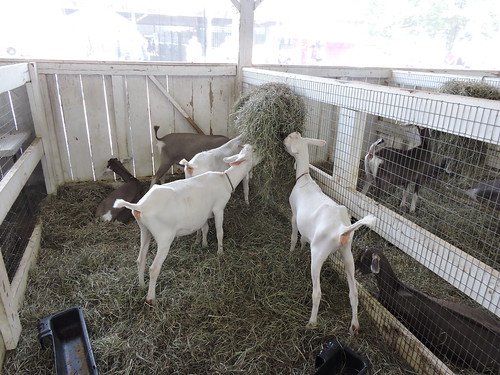