We had pouring rain most of the morning on Friday, which was fine because I'd rather have rain on Friday and a nice weekend! So I did a bunch of chores, then after lunch my good friend in London and I watched the Killmonger What If...? together, which is always so much fun. After that,

apaulled and I went to get haircuts, then we took a walk and saw several deer doing the same.

Evening entertainment included catching up on Burden of Truth in time for the series finale after dinner, which I found pretty satisfying -- the major storylines and most of the relationships wrapped up, and lots of women of color living their best lives. Then we watched the new episodes of Billions, lots of terrible white men doing terrible things! Some more farm animals from Homestead Farm: 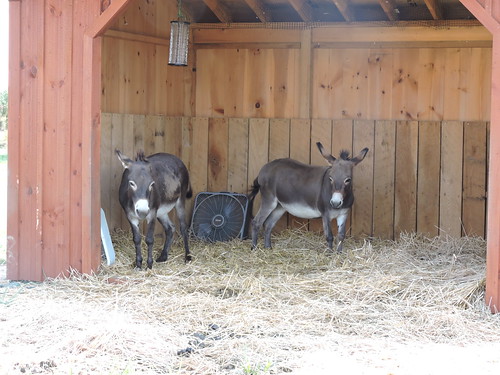