Friday had similar lovely cool weather to Thursday, so it was nice to go out. We had to go to our bank branch, which is closing to move to a new location, and we tried to get Beyond Sausage sandwiches at Dunkin' but apparently they no longer carry them in east coast stores, which makes me unhappy. I spent a lot of the afternoon fighting with Facebook uploading photos from our Seattle trip, which is only about 1/3 done because Facebook is Facebook, then we ate Chinese food at my parents' house.

The Red Sox were losing when we left my parents' house, but we came home and watched the rest of the game which they won by a lot -- not that that makes up for the White Sox losing earlier. Now we're catching up on the Supergirl episodes we've missed because I want to see what Morgana I mean Lena does with her newfound powers as a witch. Here are some photos from Miners Landing in Seattle, where we ate Alaska Sourdough, admired the Great Wheel, and took very tasteful photos with Gold Rush statues: 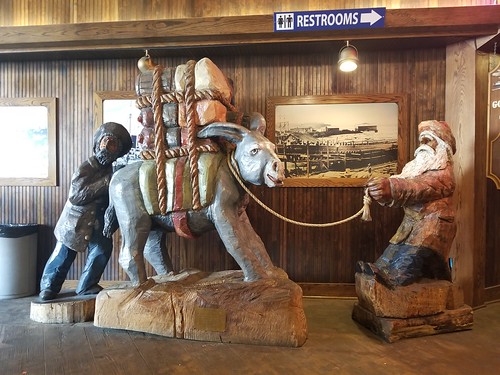