apaulled had the day off for Columbus Day/Indigenous Peoples' Day, so we did a bunch of chores in the morning, then left several boxes of books, games, and records at the Friends of the Library donation site. From there we stopped for gas and drove to the C&O Canal at Lockhouse 10, where we walked a couple of miles and saw several frogs, a few turtles, a little green heron, a couple of ducks, and various other animals enjoying early fall: 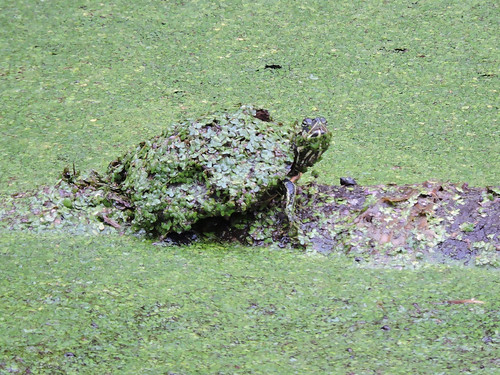 Our evening has involved juggling several sports events, since the Red Sox and Ravens were playing at the same time. The Ravens made some huge mistakes and went down by a lot of points while the Sox were hot, so we got to see Boston clinch their series over the Rays, then we put Monday Night Football back on to see the Ravens make a great comeback, win the coin toss for overtime, and win the game. Now the Dodgers are in a close one with the Giants so we're watching that while reading about the Raiders bully coach leaving.
Collapse