My Monday was very much a Monday -- lots of laundry, lots of chores. It was a nice day out, albeit cool, and we had to go out after lunch to drop off my last two boxes destined for Texas A&M (the KMAS incorporation papers and bylaws, academic books on fandom, a pile of official Star Trek fan club magazines, and a massive collection of Space: 1999 zine copies and no don't even ask about that). Walgreens said one of the boxes was too heavy for FedEx, which I think is nonsense but we took it to the FedEx depot on Rockville Pike just in case, and it had already moved to the center in Gaithersburg before we got home.

We took a walk in the mid-afternoon because it's already getting dark in the late afternoon, and have I mentioned lately how much I hate standard time? Then someone came to pick up the last big batch of magazines -- we have a few specialty ones, like Sports Illustrated swimsuit issues, that someone will probably give us a few bucks for -- and we had stew that had been cooking all day for dinner. We watched this week's Succession (go Shiv, as usual) and afterward some of Monday Night Football, boring because the game wasn't even close. Here's some of the leaf color we saw along the canal at Carderock last weekend: 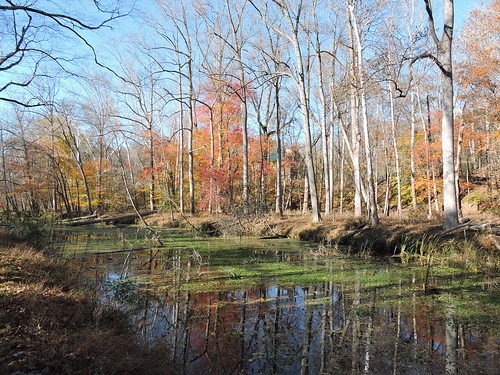