Friday was a pretty, chilly day during which I thankfully had only a few things I had to get done, since we're saving the vacuuming till right before we pick up the kids since the cats will only make more vacuuming necessary. I finished the book I was reading in bed in the morning since I had a cat pinning me there anyway, did a bunch of holiday-related work, and we had my parents here for pizza since we're going there twice next week.

It was a shit news day because of the Kyle Rittenhouse verdict. We caught up on Ghosts and Legends of Tomorrow, but the real highlight (?) of my evening TV-watching was Netflix's The Princess Switch 3: Romancing the Star, which was just as ridiculous as the first two and just as ridiculous as you'd expect, meaning quite enjoyable -- the cast is fun and the scenery is pretty. Here's Huntley Meadows fall leaf and water color: 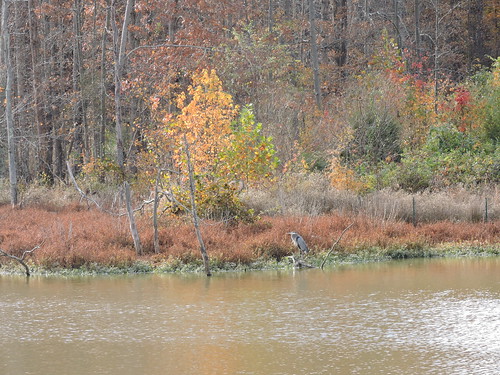